The Xpansion multiplate bioreactor system is a closed, single-use system that has been specifically designed for the scale-up of shear-sensitive, adherent mammalian cells under controlled conditions. It is suitable for multiple applications but is especially well suited for seed train operations for the iCELLis® bioreactor as well as for adherent stem cell culture..

The Xpansion bioreactor system was developed for efficient scale-up of traditional 2D cell cultures. The multiplate structure
is comprised of a large cell growth surface area (up to 122,400 cm2), while the compact design enables the elimination of the gas
phase between the plates. This gas phase is replaced by an automatically controlled aeration system via disposable pH and
dissolved oxygen (DO) sensors. Temperature monitoring and agitation control are also included.

The Xpansion bioreactor system provides a similar microenvironment to a multitray stack but in a much more compact space and with fully automated environmental control. The 80 cm high Xpansion 200 bioreactor provides the same cell growth area as a 4 m high stack of multitray vessels. 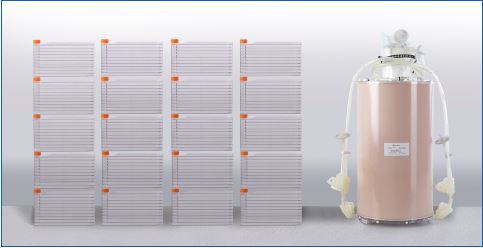 Similar to multitray stacks, cells adhere and grow on hydrophilized polystyrene plates and are harvested using a cell dissociation reagent. 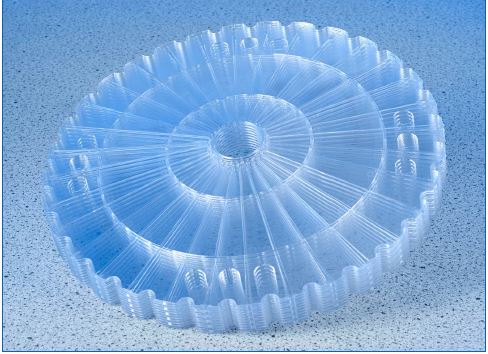 Because of its design, the system maintains the same environment as T-flasks or multitray stacks, and processes designed on these systems are easily adapted to the Xpansion system.

The Xpansion bioreactor head plate includes ports for single-use, optical, non-invasive measurement of pH and DO. Depending on the DO and pH measurement, gas regulation is activated via the controller according to users’ requirements.

Temperature is measured for monitoring via a PT100 reusable sensor installed in a thermowell of the bioreactor. Heating is provided by placing the consumable in an incubator or warm room.

Gas aeration occurs depending on user-specified pH and DO set-points measured using the pH and DO sensors. Gas from the controller enters the bioreactor and passes through thin silicone tubing placed in the central column formed by stacking the plates where it diffuses into the surrounding medium. The gas inlet and outlet include pre-installed hydrophobic aeration filters.

Each plate contains 16 radial channels allowing medium to flow through and up the plates. The rotation of the impeller pushes the liquid upward, first vertically through the first plate channel, then horizontally over the plate, then up again to the second plate, etc.

Circulation of culture medium throughout the Xpansion bioreactor plates

The Xpansion bioreactor system is supported with extensive maintenance and service packages. Pall has a global network of technicians and engineers available to assist with installation, qualification, training, technical support, preventive maintenance and on-site repairs. Contact Pall to arrange to discuss any of these services.

Our teams are specialized in upstream and downstream processing and will gladly help find the right technology for any part of your manufacturing process. It is possible to combine the Xpansion bioreactor system with other products to meet any requirement in the upstream part of the process: 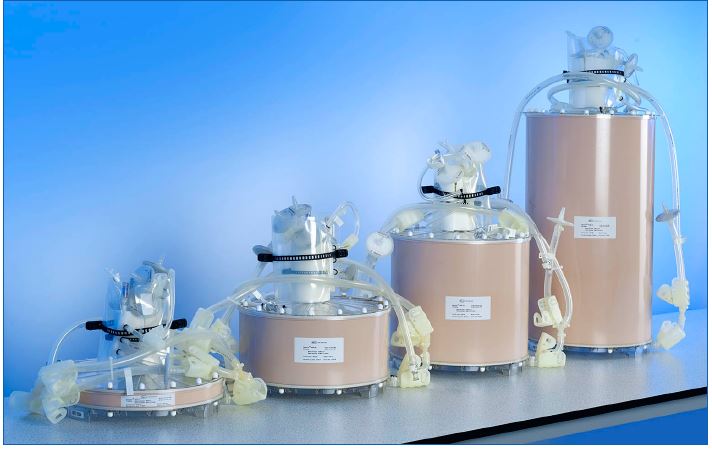